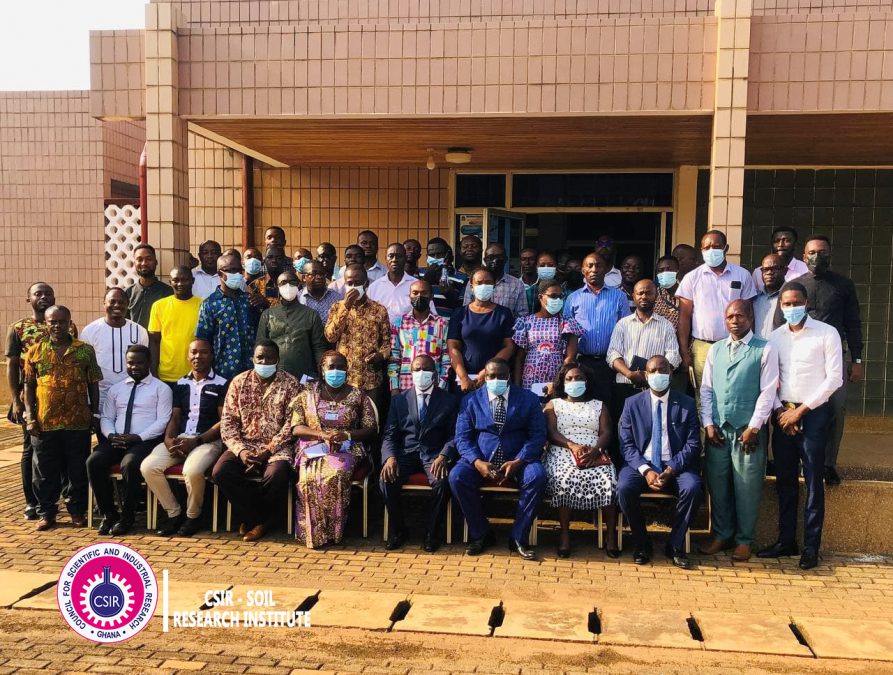 The Director-General of the Council for Scientific and Industrial Research (CSIR) Prof. Victor Kwame Agyeman has had interaction with the staff and management of the Soil Research Institute (SRI) at Kwadaso, Kumasi, to bid them farewell to end his tenure in February 2022.

Prof. Victor Kwame Agyeman, in his valedictory speech, advised the management and staff at the Soil Research Institute (SRI) to contribute their best to ensure high performance in the Institute.

He also shared with staff and management his 37 years in office at CSIR, thanking the Almighty God for the direction to lead the Institute.

On his achievements, Prof.Agyeman spoke on how he and his team at CSIR could negotiate with the government to give a better salary structure to staff and management at CSIR.

Prof. Agyeman served as a Board Member or Member of the Board of Trustees of several International Organizations and flora. Key amongst these include:

To his credit, Prof has authored one hundred and twenty-eight (128) edited journal publications, books, monographs and research reports.

Cumulatively, Prof. Agyemang worked diligently with the CSIR in various capacities for about three decades. This is no mean achievement considering the demands of working at CSIR entails.

According to him, during his tenure in office, many staff got their promotion at all levels within the institute, with the internally generated fund (IGF) doubling within three (3) years.

Speaking on his shortcomings as the Direct -General at CSIR, Prof.Agyeman highlighted his inability to create a single fund for the 13 institutes, which could have given financial support to other fewer institutes within the CSIR. 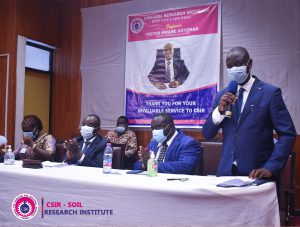 Dr Edward Yeboah, acting director at CSIR-Soil Research Institute (SRI), Kumasi, on behalf of staff and management at Soil Research Institute (SRI) thanked Prof. Agyeman profusely forsuch an astute service to the council, especially to SRI, and on behalf of all scientists and other professionals, he mentored and guided over his entire working career, describing him as resourceful and outstanding.

Farewell speeches were delivered from recognized staff groups at SRI showered praises on the outgoing Director-General for his immeasurable contributions, quality leadership and management skills.

Prof. Agyeman joined the CSIR’s Forestry Research Institute of Ghana (CSIR-FORIG) in 1985 and by 1990, had been promoted to the rank of Senior Research Scientist. In 1996, he was appointed the Head of the Natural Forest Management Division (NFMD) and between 2000 and 2001, served as Management Consultant on a World Bank-supported sector-wide Natural Resources Management Programme (NRMP), which was executed by the then Ministry of Lands, Forestry and Mines (MLFM).

Prof returned to CSIR-FORIG in January 2004, as a Principal Research Scientist and in 2007, was appointed the Director of the same institute. His relevant qualification and expertise in legal education have also enabled him to render his services as a solicitor and barrister of the Supreme Court of Ghana.