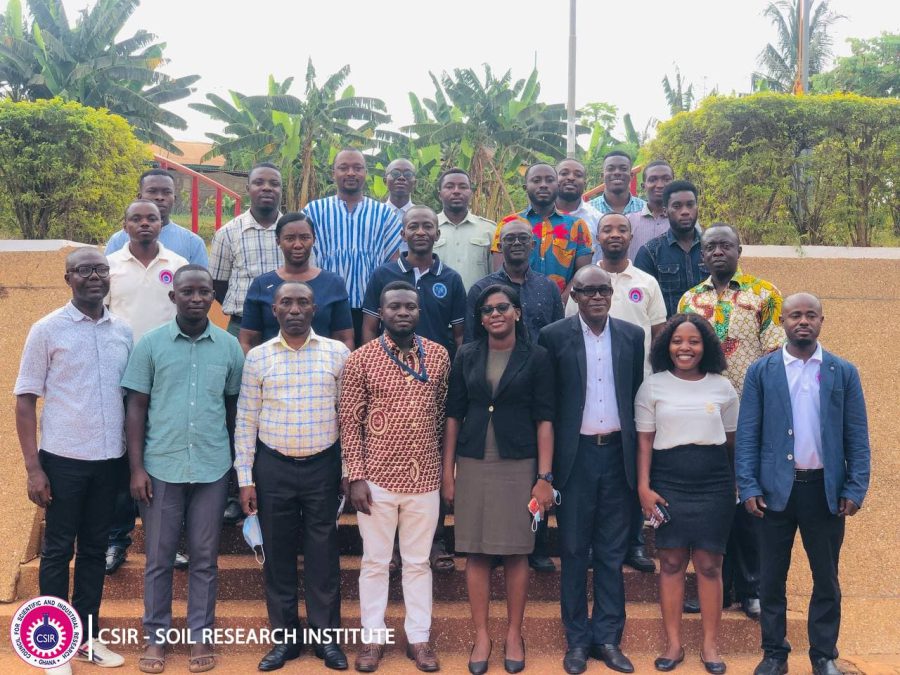 Participants, both virtual and physical, shared success cases in sustainable Soil Management and Land degradation neutrality in the country.

Dr Francis M. Tetteh, the outgoing president of SSSG and a research scientist at Soil Research Institute, Kumasi said, the purpose of SSSG celebrating this day is to raise awareness of soil and dissemination and knowledge on the soil, emphasizing the importance of sustainable Soil Management to avoid impairing key Soil functions.

“Cassava and other forest crops are not salt-tolerant; hence salinization affects the productivity of the soil and the growth of these crops.”

Dr Edward Yeboah, (AG Director, CSIR-SRI), in his keynote address, said “Noting that a World Soil Day (WSD) can contribute to raising awareness of desertification, land degradation and drought, in line with the aim of the United Nations Convention to Combat Desertification in those Countries Experiencing Serious Drought and/or Desertification, particularly in Africa, an international day to celebrate Soil was recommended by the International Union of Soil Sciences (IUSS) in 2002”.

According to Dr Yeboah, Soil Salinization and Sodification are major soil degradation processes threatening ecosystem services and are recognized as being among the most important and oldest problems at a global level for agricultural production, food security and sustainability in arid and semi-arid regions because of insufficient annual rainfall to flush accumulated salts from the crop root zone. 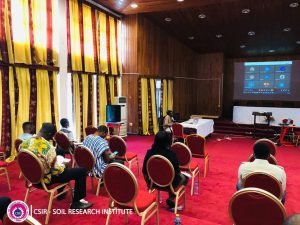 Both saline and sodic conditions considerably reduce agricultural productivity. According to the FAO, over 833 million hectares of soils are affected globally. This, according to Dr Yeboah, represents nearly 9% of the World’s land surface area, a space over four times the size of India.

Dr Yeboah urged SSSG members to become nationally conspicuous and champion the agenda in addressing soil-related problems in the country since healthy soils make up the foundation for agricultural development, ecosystem functions and food security.