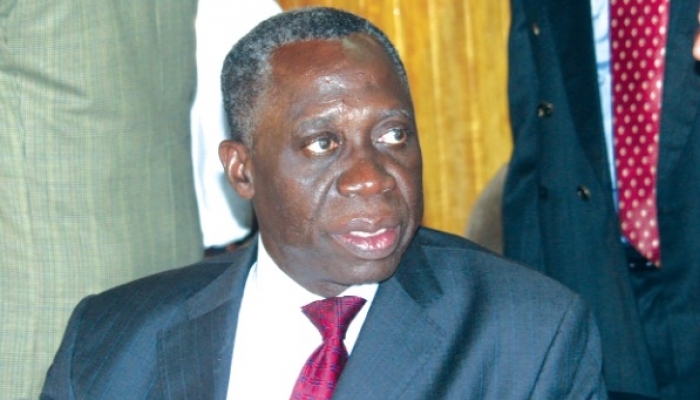 Cabinet has approved fund for scientific research from existing 0.3 percent, to one percent (1%) to ensure more funding for research to aid development in the country.The approval is yet to be endorsed by Parliament.

Mr Yaw Osafo Maafo, Senior Minister, who announced this at the “MESTI/CSIR Scientific and Life Time Recognition Awards”, in Accra, said government was focused on providing the necessary support to drive research in the country.

“We have established a Research Fund in addition to the Book and Research Allowance enjoyed by lecturers of our universities.

“What this means is, a call for collaboration between the universities, the research institutions such as Council for Scientific and Industrial Research (CSIR) and industry, to give realization to research ideas and ensure that they see the light of day and are harnessed in effective ways towards nation-building.

“We will continue to provide the necessary support because we are unwavering in our belief that research is key to national development” Mr Osafo Maafo said.

He explained that the President’s vision on the flagship One District One Factory, took cognizance of the fact that agriculture was the backbone of the economy, “and that, we cannot and must not, be producers and exporters of primary products alone.

“What we must seek to do is to pursue an active programme of industrialization by adding value to our products. This in turn means not only having a skilled and knowledgeable manpower base, but a strong scientific research backing to drive the value-added process envisioned under the 1D1F programmes.”

The Senior Minister said if the idea of a Ghana Beyond Aid was to be realized, then, all must play their roles in ensuring that in core areas such as food and nutrition security, environmental management and industrialisation, “we are able to rely on our own resources”.

He emphasized that the CSIR’s Institutes and their human resources had key roles to play since it had been estimated that the CSIR agricultural innovations such as high-yielding, pest and disease resistant crop varieties and production practices have contributed to achieving significant increase in the production of some food and industrial crops.

“The significant role of CSIR in driving the government’s Planting for Food and Jobs and Planting for Export and Rural Development programmes can therefore not be over emphasized… Agricultural research must be intensified”, he said.

The awards programme, formed part of the activities to mark the 60th anniversary celebrations of CSIR.

The theme for the anniversary celebrations was: “CSIR – 60 Years of Research with Impact for Sustainable Development”, and the awards was categorised into the Scientific Excellence, Champions of Science and Research, Dedicated Service in Research and Development, Industry Pillars as well as Directors on Retirement.

Among the awardees was the 94 year-old Dr Leticia Obeng, a Heroine scientist in Water and Environment, and the first Research staff to be recruited by the CSIR. She was also a Foundation Lecturer at the Kwame Nkrumah University of Science and Technology as well as the first Female President of the Ghana Academy of Arts and Sciences.