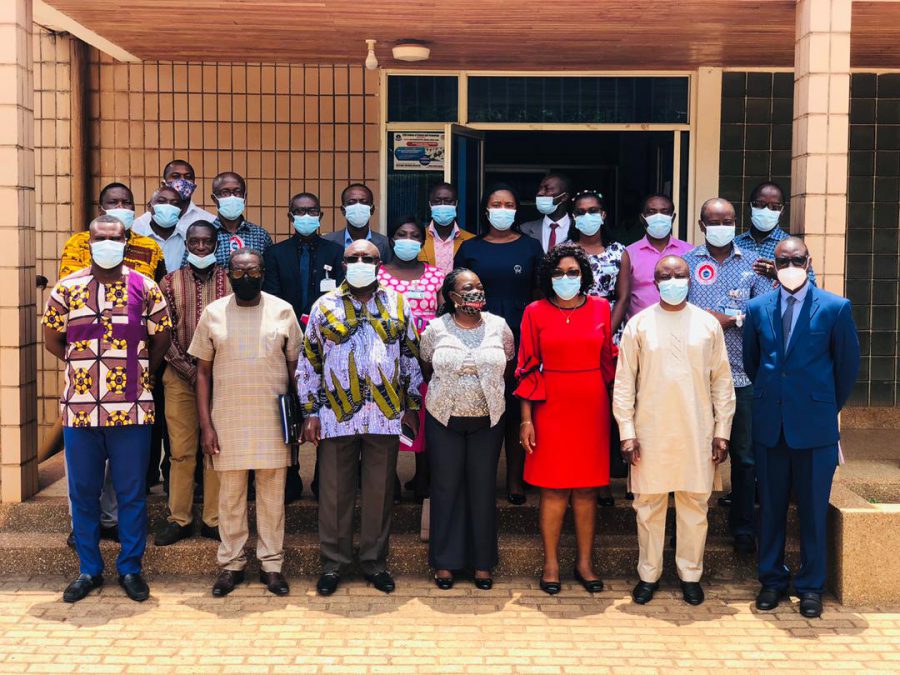 Dr. Kwaku Afriyie, the Minister for Environment, Science, Technology and Innovation (MESTI) has charged the CSIR-Soil Research Institute (SRI) to come out with a plan to commercialize the technologies being generated by their outfit.

He mentioned that he was aware of the technologies being generated by CSIR-SRI. “I am reliably informed that some of these technologies are currently being used for the government’s flagship Planting for Food and Jobs programme and also small-scale farming by individual farmers”, he noted. 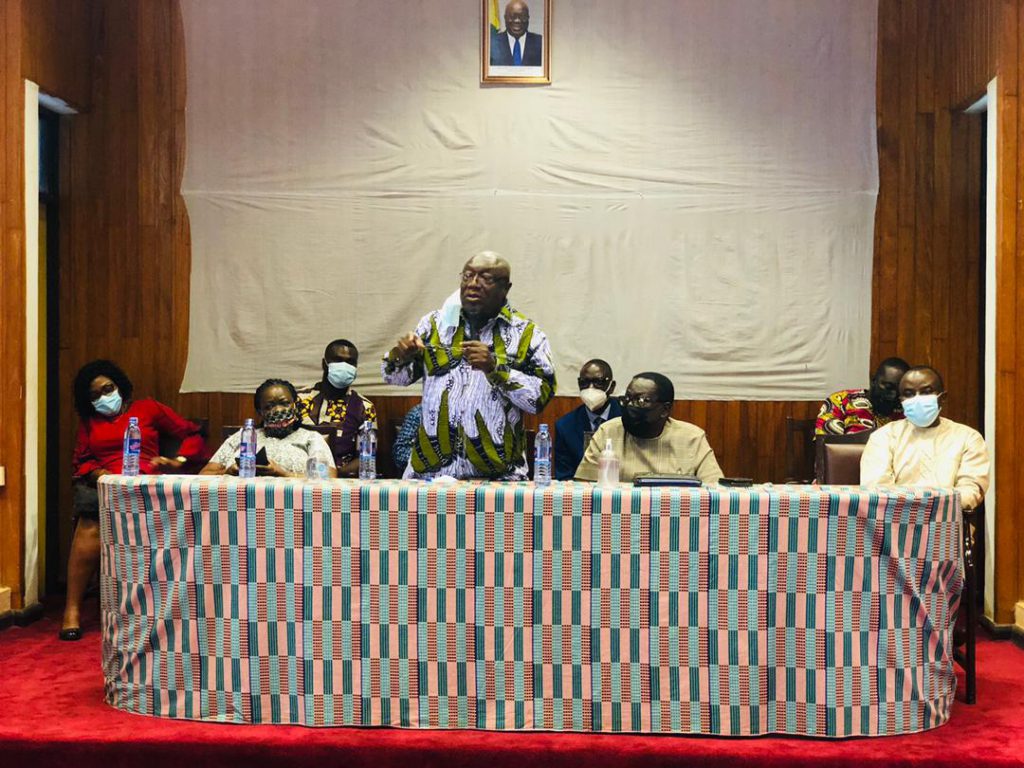 Dr. Afriyie made this known when he embarked on a familiarization tour to the CSIR-Soil Research Institute in Kumasi as part of his two-day tour of the Ashanti Region. He was accompanied by some officials of his ministry including the Chief Director, Mrs. Cynthia Asare Bediako.

Addressing members of the Soil Research Institute at a staff durbar, the minister said during the past decade, there has been considerable concern of how the technologies developed were being utilized by small-holder farmers and was his hope that this deficit in technology transfer will be addressed through field demonstrations, open days, trainings among others.

Dr. Afriyie said although the ethics of science frowned on ostentation and displaying one’s own achievement, it was time the current situation changed to project the Institute. He said the Institute has the capacity to be financially independent if the commercial arrangements are done well and can even generate revenue for the country.

Dr. Afriyie admitted that commercialization of some of the activities may contravene the laws governing the institute but a strong case could be made that could trigger policy change to allow the institute to generate more revenue. He said policies emanated from the ground and not from leadership and that until those in the field raised the issues that required attention, the Minister would not be in the position to address them.

Dr. Edward Yeboah, the Director of CSIR-Soil Research Institute, in his welcome address stated that soil erosion has been identified as a major degradation problem in agricultural production with direct economic implication resulting in loss of soil nutrients, reduced productivity and loss of economic value. He mentioned that the CSIR-Soil Research Institute is well placed to contribute towards the restoration of degraded lands due to illegal mining.

Dr. Yeboah mentioned that the CSIR-SRI is making giant strides in fulfilling its mandate by developing technologies to address low land productivity and subsequently increase crop production in Ghana. He highlighted some of the technologies generated which included the biochar technology, site specific fertilizer recommendation for maize, cassava, rice and soybean, inoculant technology, SAWAH technology, cassava-cowpea strip intercropping and the Digital Soil Mapping.

Dr. Yeboah pointed out that CSIR-SRI has the vision to become a center of excellence in research, development and innovations in tropical soil resources for sustainable agriculture, environmental quality and improved livelihood. He said SRI through the AfricaRice-CIPA Project had developed an integrated rice-fish farming system to optimize inland valley land use to achieve food and nutrition security while generating high income for farmers. “The integrated rice-fish culture which is yet to be up-scaled is about five times more profitable than sole cropping of rice”, he stated.

Dr. Yeboah mentioned some of the challenges facing the Institute which included low research funding, low human resources due to embargo on employment which is being improved upon, encroachment of the institute land for research and the impact of the Covid-19 pandemic which is affecting the institute negatively. He added that it is the hope of the institute that, at the end of the minister’s tenure, the 1% of Gross Domestic Product (GDP) funding for research and development would be realized. 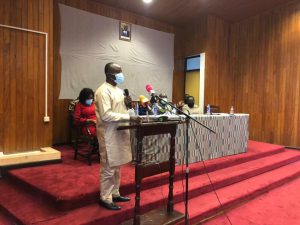 Prof. Victor Kwame Agyeman, the Director-General of the Council for Scientific and Industrial Research (CSIR) stressed on the need for the SRI to create a unit that manufactures the fertilizers formulated in smaller quantities, if not in larger quantities, to add to the revenue generation of the institute. He emphasized on the need for the institute to embark on a major commercialization drive while contributing to knowledge. Prof. Agyeman added that the institute should begin to protect their lands with the acquisition of the lease of 305 acres.