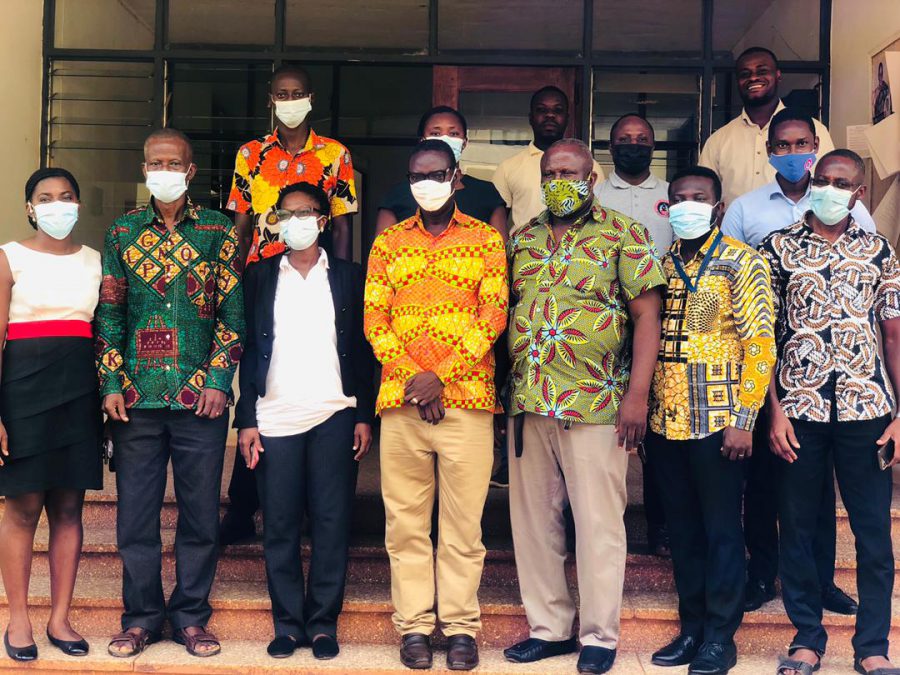 Two Senior Lecturers at the Department of Agricultural Extension of the University of Ghana visited the Soil Research Institute at Kwadaso in Kumasi on Wednesday 28th April, 2021. The two include; Dr. Jonathan Anaglo and Dr. Nketiah Gyamfi. Speaking on behalf of the group, Dr. Anaglo mentioned that they have been tasked by their department to check the technologies generated by scientists in some selected agro-ecological zones of Ghana from 2009 to 2019. He noted that the group was also tasked to investigate how gender sensitive and Persons with Disability (PWD) sensitive the technologies are and how they are disseminated.

On his part, Dr. Edward Yeboah, Director of Soil Research Institute mentioned that he was very grateful for their visit. He noted that the members of the institute were in the process of populating the technologies developed from 2009 to 2019 as well as the on-going technologies being generated and the feedback will be communicated to them.